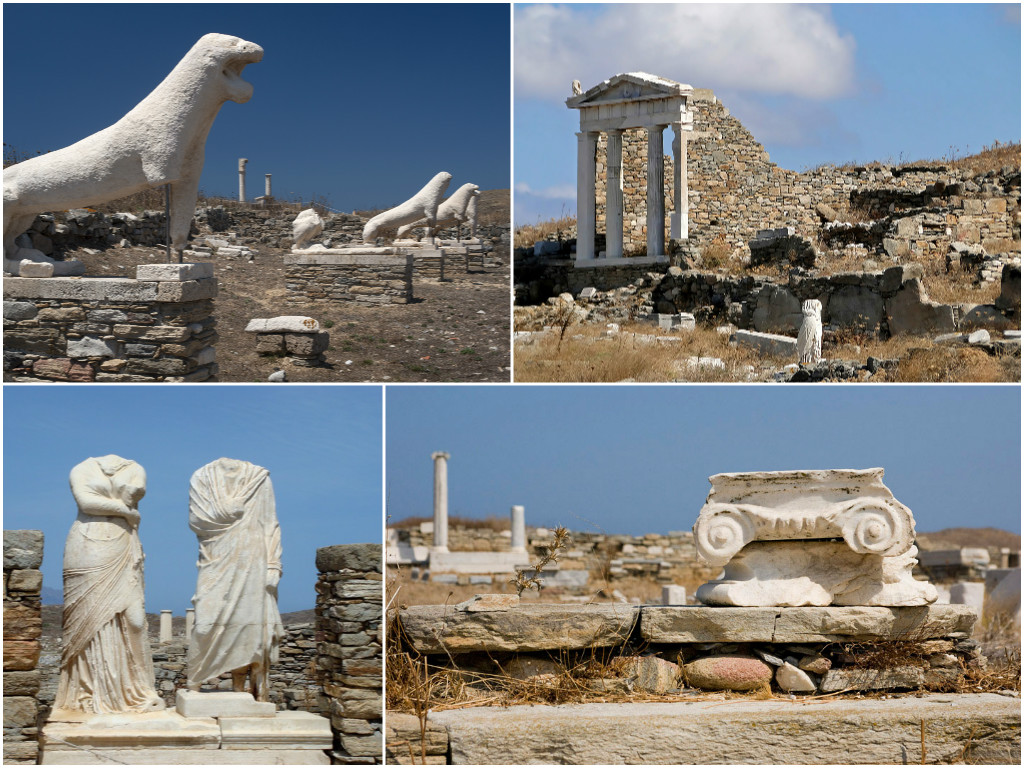 The tiny island of Delos opposite of Mykonos Island, a center of culture from as early as 2500 BC, well before the Golden Age of Pericles and the Parthenon, is one of Greece’s most important archaeological sites, one that no visitor to the country should miss.

Here, where Leto gave birth to Zeus’s children Apollo and his twin sister Artemis after being mercilessly pursued by jealous Hera, the sun shines bright and illuminates both mind and soul. It is perhaps for this reason, at this second “navel of the Earth” like at its sister site Delphi, that one can truly “see” oneself.

Delos gave birth to Light, the most valued of commodities in Greek civilization,  and it was here that the worship of the light-giving God Apollo was centered, and made this small rock in the middle of the vast sea the most famed and sacred of all places in the known world for three centuries. And when veneration of the sacred gods gave way to the worship of money, Delos was once again at the forefront, as the most important commercial center in the ancient world, a meeting place between East and West, North and South.

Shortly after the new era ushered in by the birth of Christ, Delos is abandoned and over the years becomes deserted save for its occasional new role as shelter to passersby and pirates alike. Yet the deep footprints left by centuries of worship could be erased by neither time nor neglect. Delos unveils itself with each sunrise, its soul unchanged, captivating, sacred; and when the light finally dips back into the sea at the end of the day, it stands alone and proud, softly whispering of its past grandeur.

Those who have walked along the 164-foot-long Avenue of the Lions, with its five Naxian marble beasts crouching on their haunches, forelegs stiffly upright, vigilant guardians of the Sacred Lake, who have gazed at the marble columns of its temples and stood amidst the Agora and the remains of this once cosmopolitan Greek city know why this unique island was named as a World Heritage Site by UNESCO. The Archaeological Museum of Delos houses one of Greece’s most significant collections, including rare exhibits of ancient sculpture, ceramic vessels, epigraphs and wonderful mosaics.

The Mykonos Grand Hotel & Resort, just across the straits from the rare beauty of Delos, took inspiration from its architecture and the magnificence of a civilization whose unsurpassed beauty awed all those who bore witness to it. Take advantage and book the unique Delos culture package “Live your Myth” offered by Mykonos Grand, including: 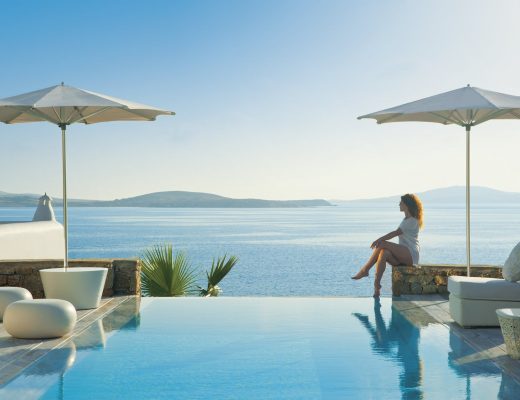 Flights or ferries to Mykonos: by air or by sea… straight into the Mykonos Grand embrace!

Welcome to our Blog! 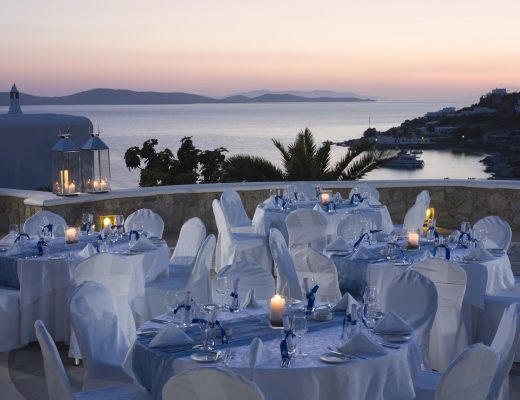