Mykonos Museums: yet another reason to visit the famed Mykonos Island 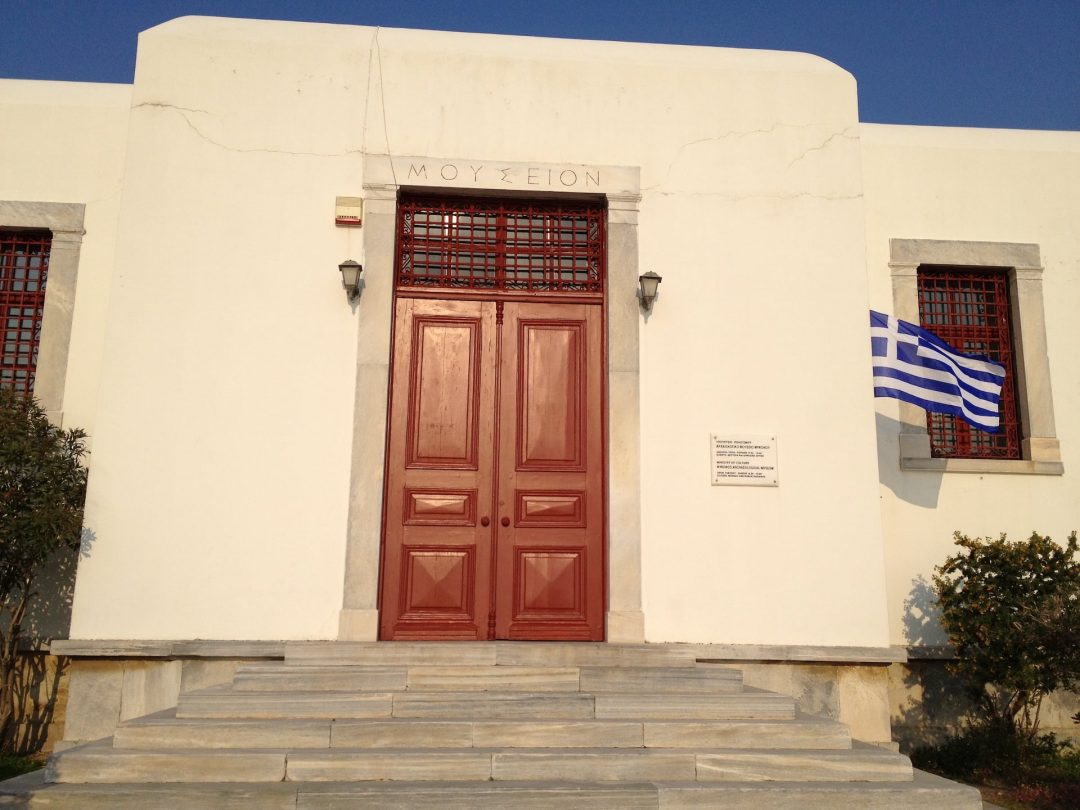 …“I belong to a small country. A rocky promontory in the Mediterranean, it has nothing to distinguish it but the efforts of its people, the sea, and the light of the sun. It is a small country, but its tradition is immense and has been handed down through the centuries without interruption”. Excerpt from the speech given by Nobel Prize in Literature winner Giorgos Seferis at the City Hall in Stockholm, Sweden, December 10, 1963.

Each time my wanderings take me through this blessed land, where “all things in good measure” was born and reigns in its uncomplicated lines and the wealth and opulence in its simplicity, I hungrily devour all it has to offer me of a heritage so replete it spills over with its innumerable stories that echo of prehistory and are carried on the winds of time to make their way to today.

I stroll along the whitewashed alleyways of one of the hundreds of islands scattered across the Aegean Sea, of the famed Mykonos, and feel as though the Goddess of Fortune has singled me out, tilting her wand to transport me, at times to a windless bay, such as Ayios Yiannis beach, at others to a boisterous corner of town, bursting with energy and expectations, and then on to a quiet out-of-the-way museum, where history rests, yet is eager to share its secrets through the fluency of its immobility.

From the home of the legendary Captain Nikolaos Sourmelis and its Mykonian lighthouse “Armenisti” bringing a sea breeze to the middle of the garden, its countless exhibits on maritime history and tradition throughout the ages, from the early Minoan era through to the recent 20th century on view, to the Folklore Museum of the Town of Mykonos, with its textiles, pottery, jewelry and religious offerings as a reminder of the simple splendor of the folk tradition of this island, ever proud and true, whether in times of wealth or of poverty.

The windmills, 28 in all, take me back to a time when the wind itself was tamed, in the spirit of eco-friendliness centuries before its time, to produce, to live, evolve and offer, and the Archaeological Museum, a milestone in history, not of Mykonos, not even of Greece, but of the entire world that was illuminated by the generous Greek spirit, so dazzlingly bright, that beauty itself was captured and exalted in columns, vases, monuments and statues.

A beauty that radiates from here, from this small corner of the world that is the steadfast guardian of such an immense tradition…

Upon request, our Mykonos Grand Guest Experience Team can organize a visit to any museum and even arrange for an experienced private tour guide to escort you while providing a wealth of information about the history and culture of Mykonos. At our Mykonos Luxury Hotel, a double Sea View room starts from €225 per night with breakfast and taxes included.

Book now to secure your own personal journey of Mykonos Culture!